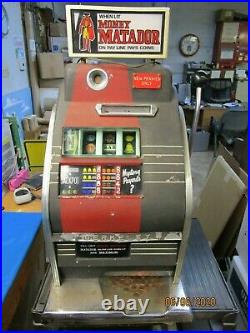 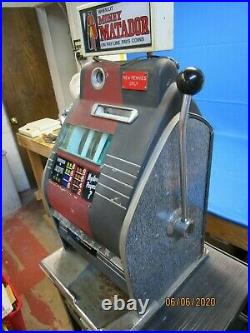 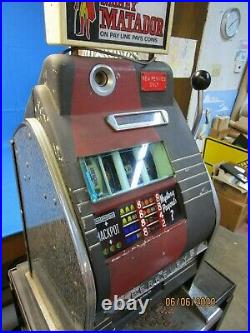 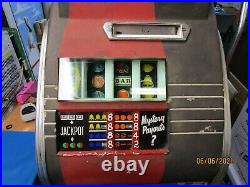 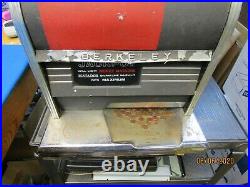 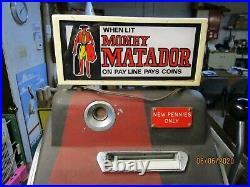 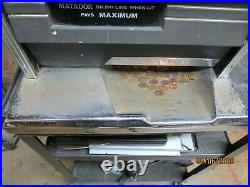 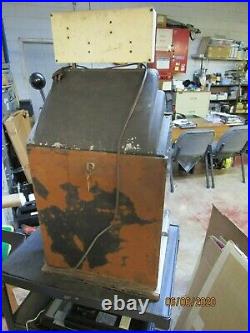 This is a used slot machine made by Sega. The same company that makes video games today.

Machine is a penny vend and is all mechanical like a mills slot machine. It is in fair condition. Comes with lock and key. Martin Bromley was one of the founding members of Service Games, which was the precursor to the company known as SEGA today. They then manufactured their own versions of these slot machines by taking the existing ones apart and copying their structure. Their main target players were the American soldiers based in Japan during the war, looking for some way to spend their cash. Japanese players began to emerge as they earned more disposable income and the quality of life increased through the 60s.

There was one attempt made to export these machines back to the US, when gambling on slot machines was legalized once more. The issue with the importation of these goods was the trademarks still belonged to companies in the US.

Although Service Games had made their own machines, they were still based on the design of others. Alfred E Newman, the face of MAD magazine, was the first to threaten legal action as his image had been used on these machines.

After that Service Games became the SEGA we know and love today with an expansion into the arcade sector. In the 80s they launched their home consoles and the rest is history as they continue to thrive and innovate their products for players. The item "Sega Money Matador Berkeley Jackpot Penny Antique Slot Machine Mills" is in sale since Friday, July 3, 2020.

This item is in the category "Collectibles\Casino\Slots\Machines\Antique Coin Slot Machines". The seller is "cointechtexas" and is located in Arlington, Texas.

This item can't be shipped, the buyer must pick up the item.